Women's History Month: Women in Fragrance and Beauty Throughout History

My entire life I’ve been inspired by powerful, strong, kind women who strive to impact the world. Without influential women, I would not be where I am today. It’s safe to say that none of us would be. I’m proud to see it every single time that I witness women supporting and uplifting one another. We are truly better together and history shows us that repeatedly. Which brings us to a reason to celebrate women, especially this month...

As the founder of a fragrance company I would be remiss not to highlight a few of my favorite influential women in fragrance and beauty history. The power of fragrance and how deeply it influences life, culture, and even our very emotions is so special and I’m grateful for those who have come before us in the industry, and those who were part of the movement before it even became an industry. 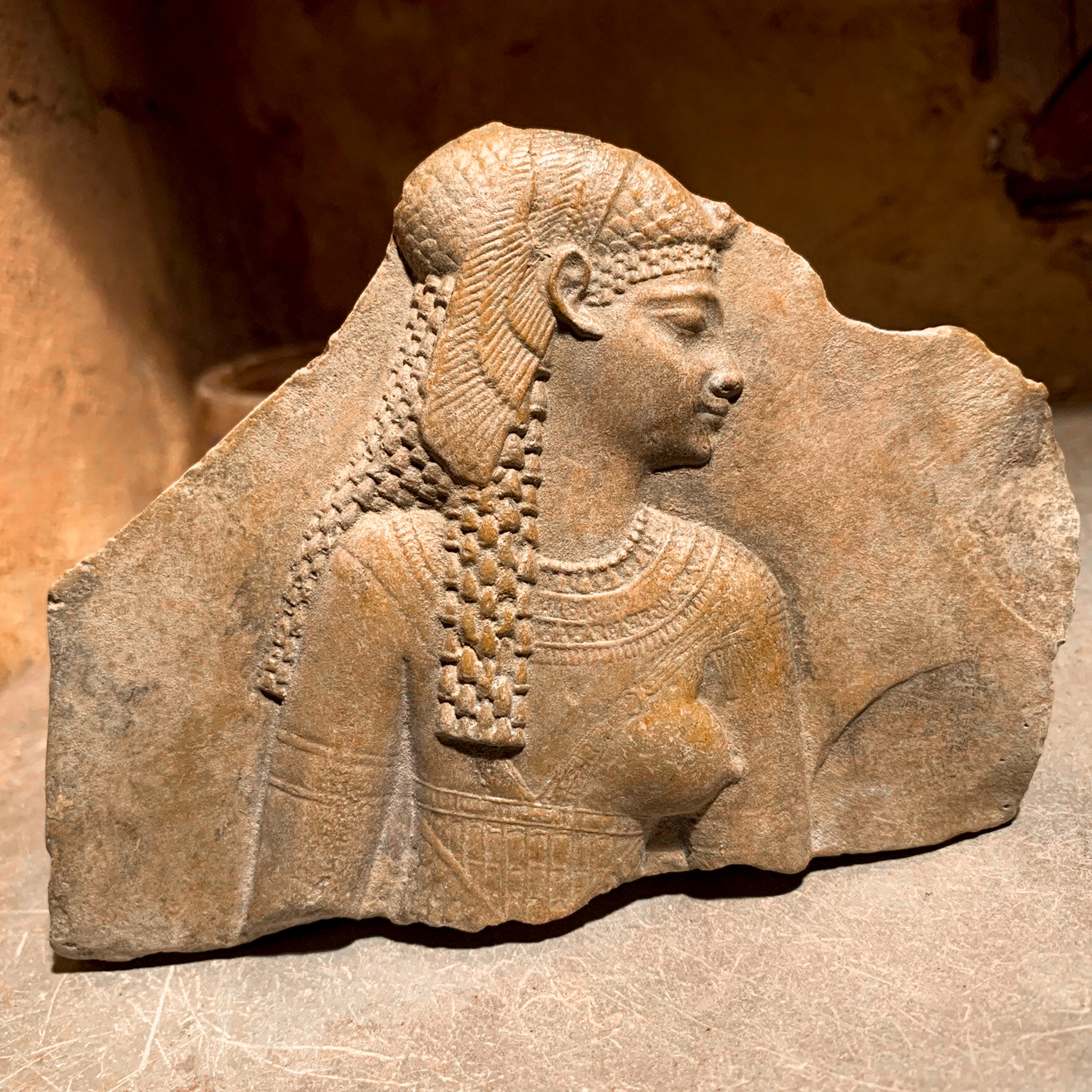 Born in 69 BC, Cleopatra may have been one of the earliest, well known influences on fragrance in women’s history. Known far and wide for her allure, Cleopatra used plenty of oils in her extensive personal care routine. She was known for using rose oil in her beauty routine and for normalizing women’s use of papyrus oil, Anuket’s first and most popular product. Prior to that, papyrus oil was typically used as a fragrance for men.

I strongly believe that she enjoyed all the pleasures that including natural oils and fragrances in personal care practices can provide. Not only did she understand the allure of an aphrodisiac fragrance such as papyrus, but she also influenced a multitude of other self-care practices that we still use today including soaking baths, scrubs, and face masks. 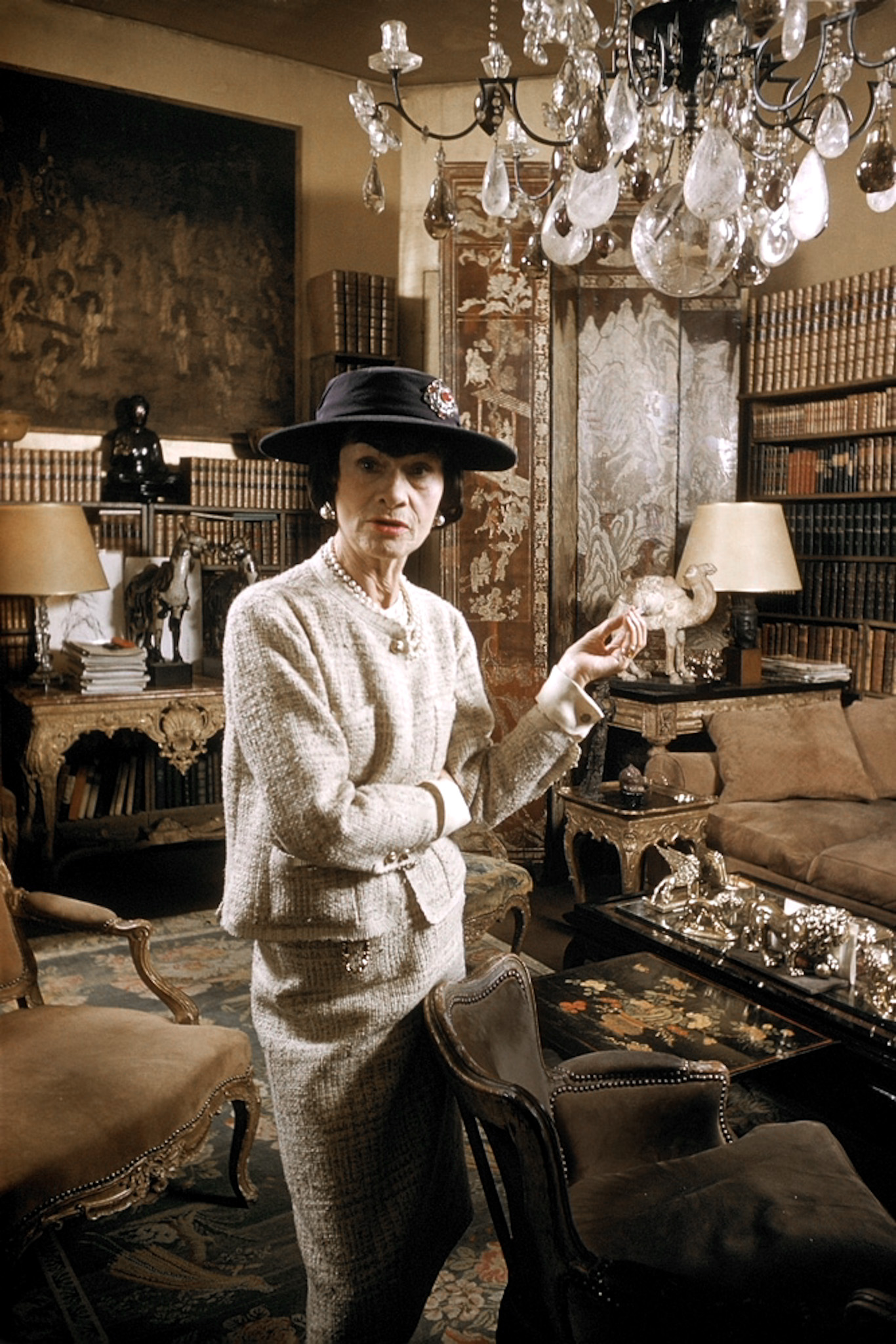 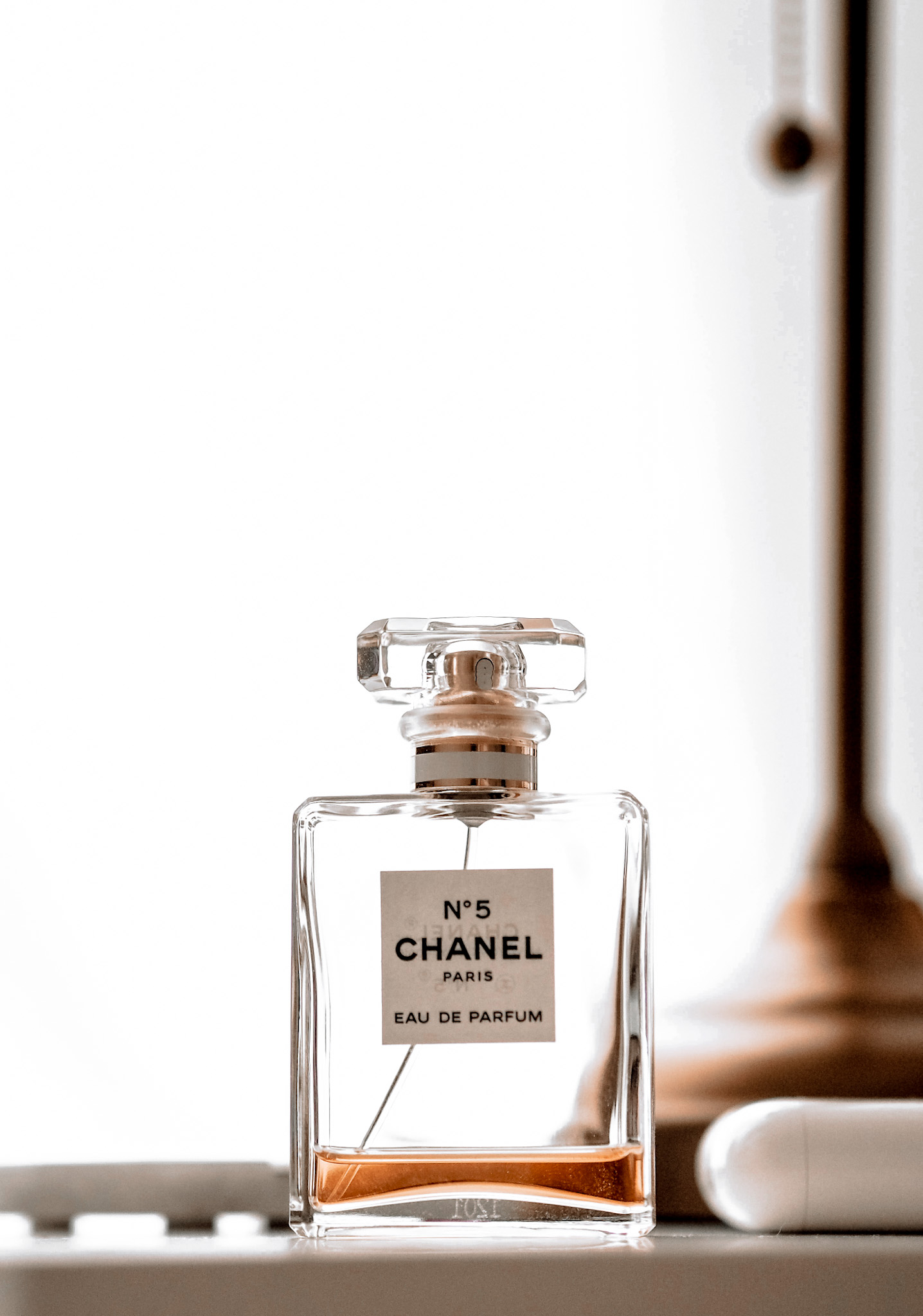 Gabrielle “Coco” Chanel was a fashion designer and businesswoman born in 1883. Her company and fashion house, Chanel, remains one of the most influential names in fashion, beauty, and fragrance today. She was known for her signature scent, Chanel No. 5, which is still a cult favorite that can be found in nearly every department, beauty, and fragrance store internationally.

While the “nose” behind the creation of these fragrances worked within the brand itself, Coco was a sharp and powerful businesswoman in her time with a profound understanding of what would do well in the current and future times to come. Created in 1921, Chanel No. 5 is literally 100 years old and arguably the most recognized name in fragrance history. Since then, the brand has expanded into a portfolio of over 60 fragrances for fragrance lovers of all genders. 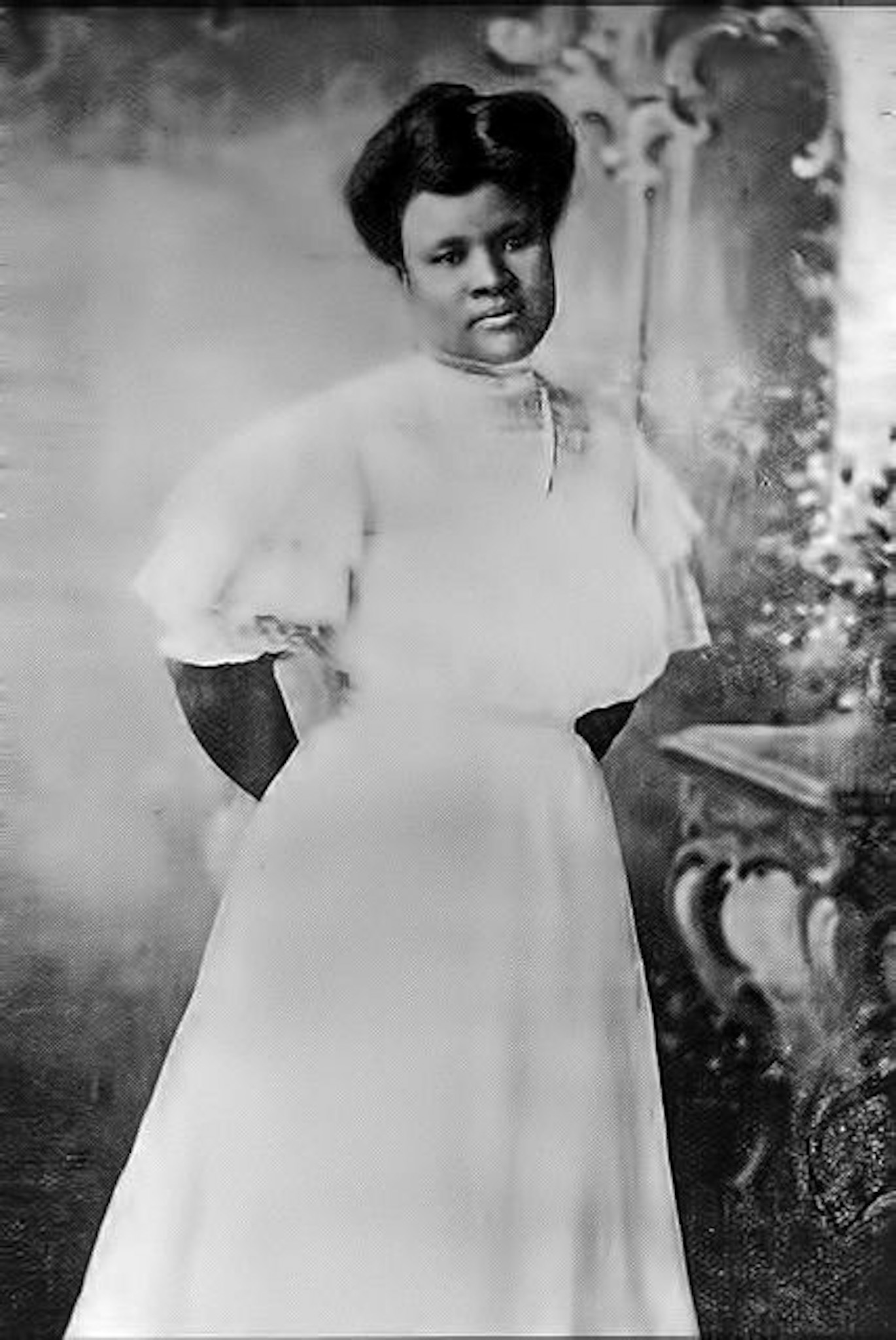 The first woman in the US ever to become a self-made millionaire, Madam CJ Walker was an absolute powerhouse in every right. She began her journey into the beauty industry by creating a product that would help her own scalp condition and hair loss. Her formulas and heated comb treatment method known as the “Walker Method” became well known throughout the country as she and her husband traveled throughout the south selling them. She eventually opened a beauty school and a factory in Pittsburgh called the Madam C.J. Walker Manufacturing Company.

Influential “Noses” of Our Time:

A “nose” is a perfumer. Known for their exceptional olfactory systems, knowledge of chemistry, and ability to compose a fragrance with complimentary scents. They must understand how scents work together and age over time. Additionally, they must be able to identify individual scents within a compound and generally have an exceptional understanding of a vast variety of scents.

Unsurprisingly, this is a male dominated industry but there are several women who are, or have been, shining stars in this field. According to this article on The Perfume Society, these trailblazing women are to thank for many of your more current fragrances. They’ve been kicking ass and taking names in a male dominated industry and I will never get over the excitement of seeing other women excel at their passion. Two in particular that inspired me are as follows:

Germaine Cellier, known for Balmain‘s Vent Vert was a daring and defiant perfumer in the 1940’s known for working outside the box and and going against the grain. She sounds like my kind of gal if we’re being honest.

Patricia de Nicolai, a less known but highly influential perfumer, won the International prize for Young Perfumers in 1988. She started her own fragrance brand called Parfums de Nicolai. Additionally she is a part of the technical committee of the French Society of Perfumers and sits as president of the Osmothèque scent archive. 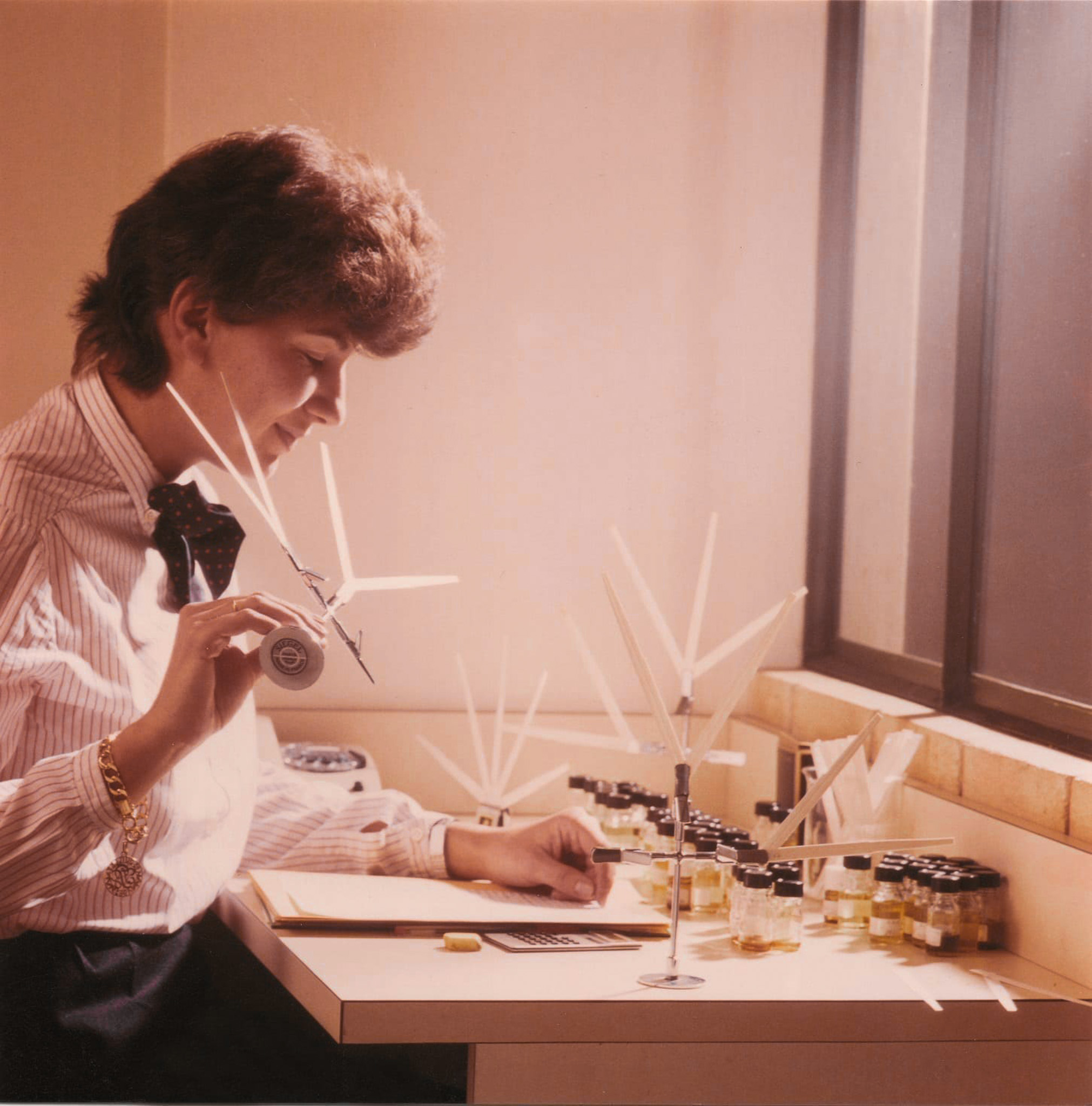 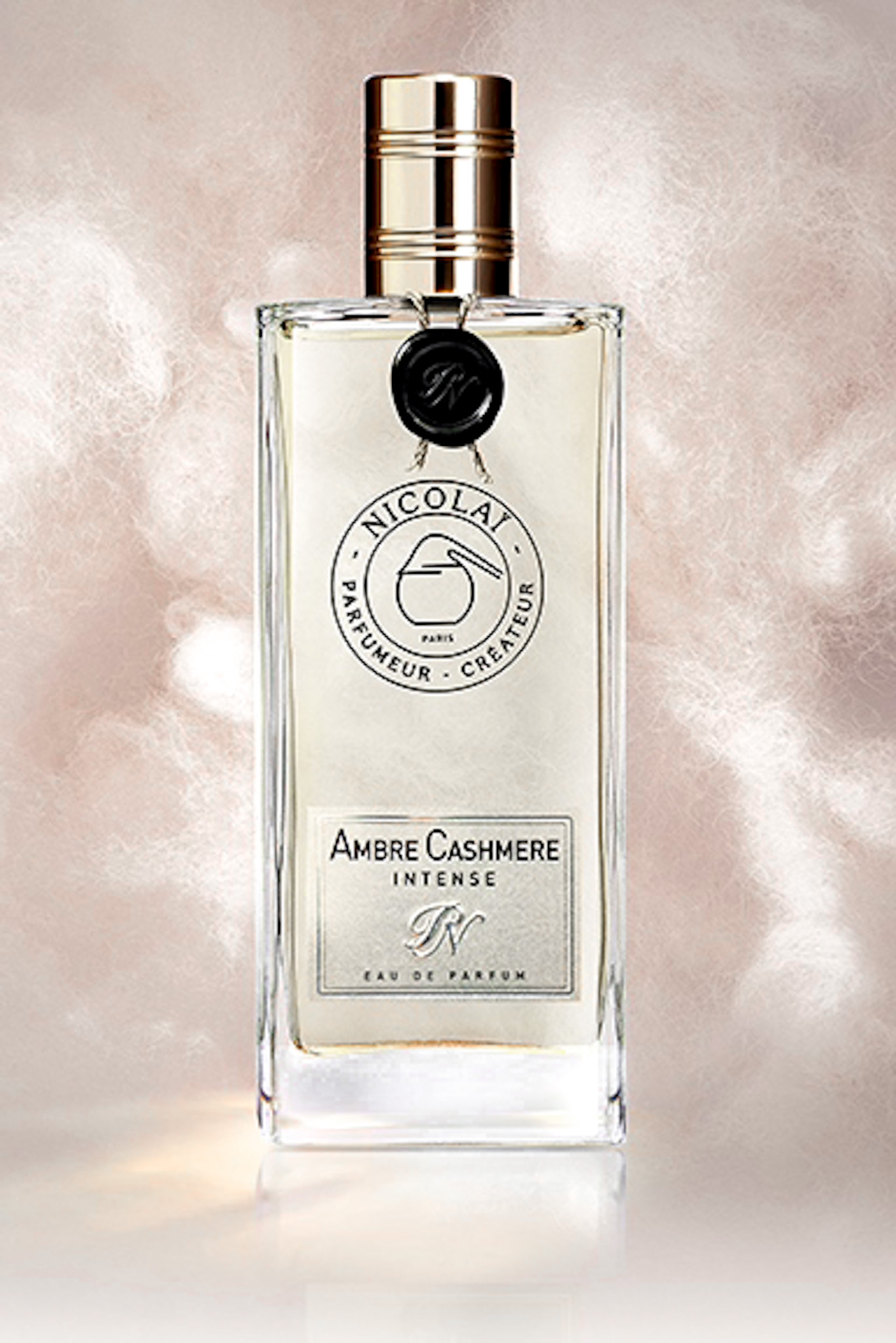 While these women haven’t directly contributed to the fragrance industry, it’s impossible to ignore the effect that influential women have on the popularity of the products and services that they attach their names to. We love to have things in common with the people we look up to, and these inspiring women are no different. Town and Country Magazine has compiled a list of 14 influential women in history and their favorite fragrances. These are my top 5 favorites from that list: 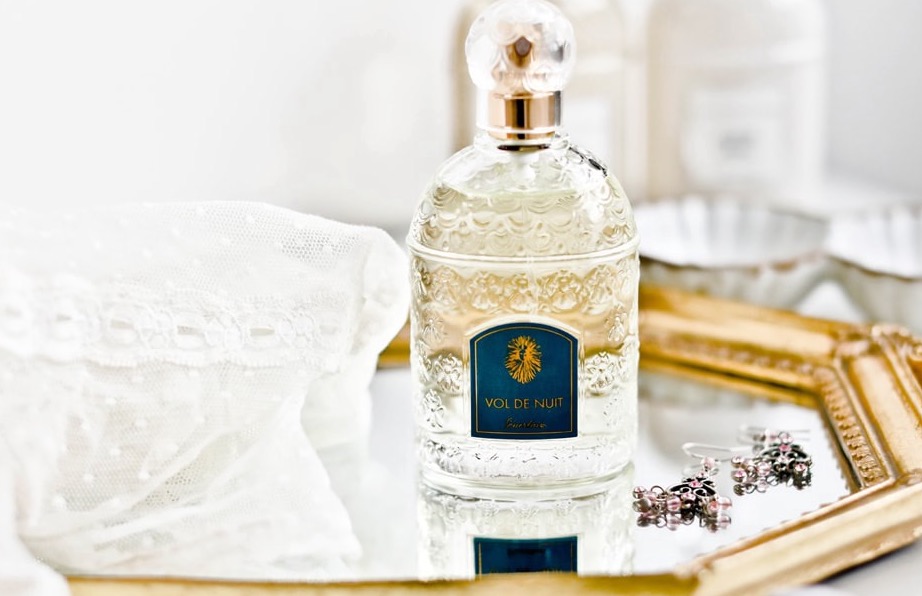 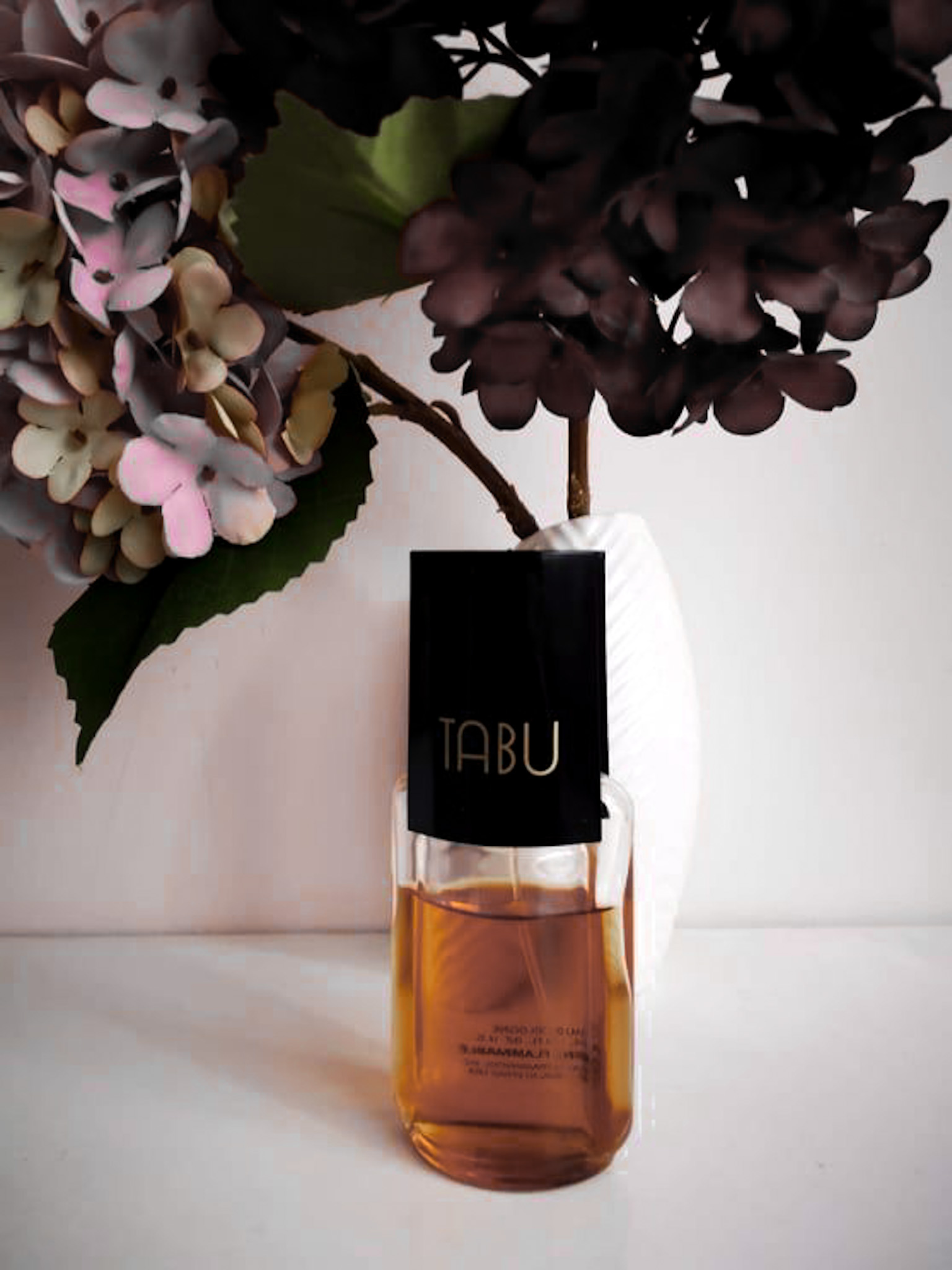 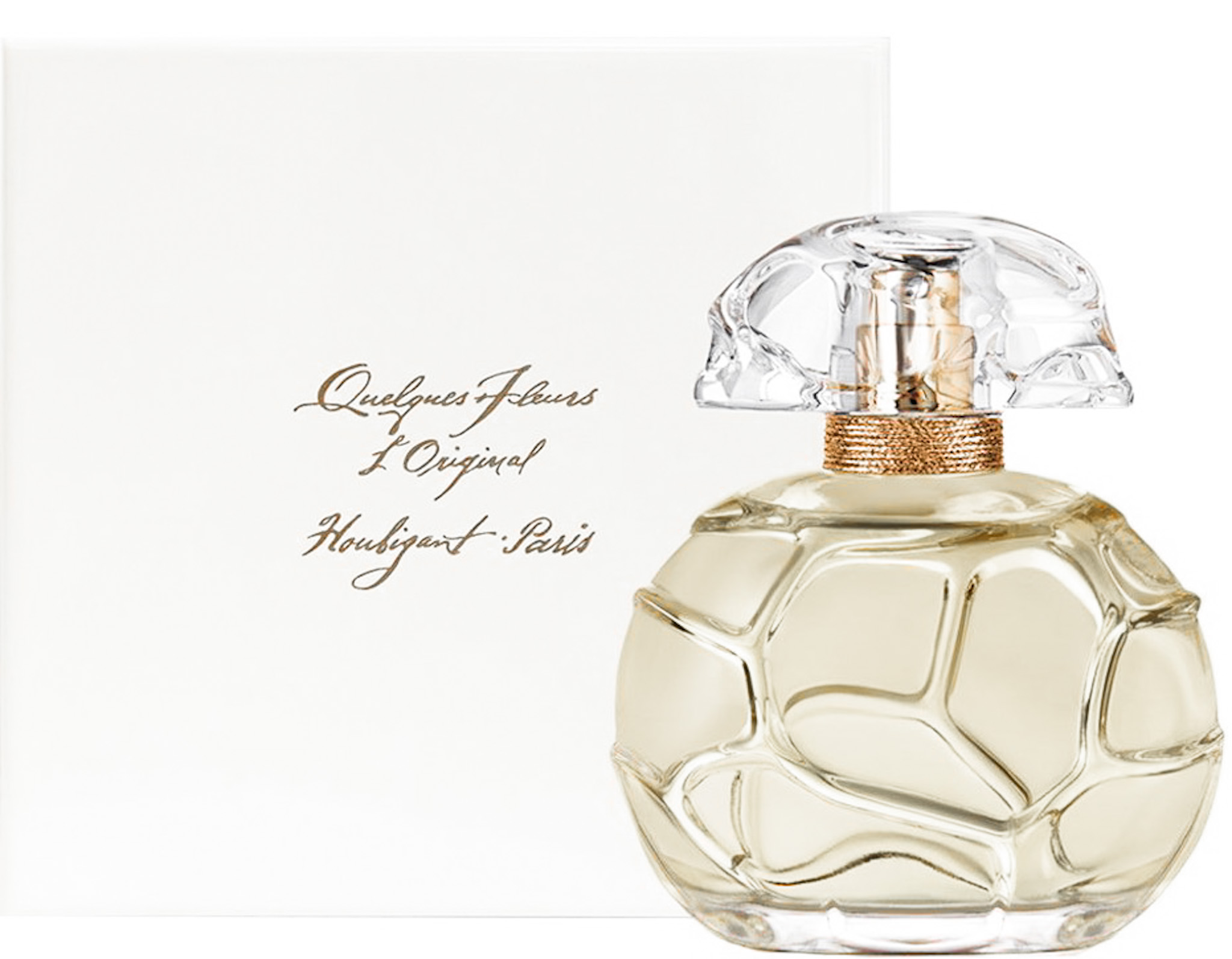 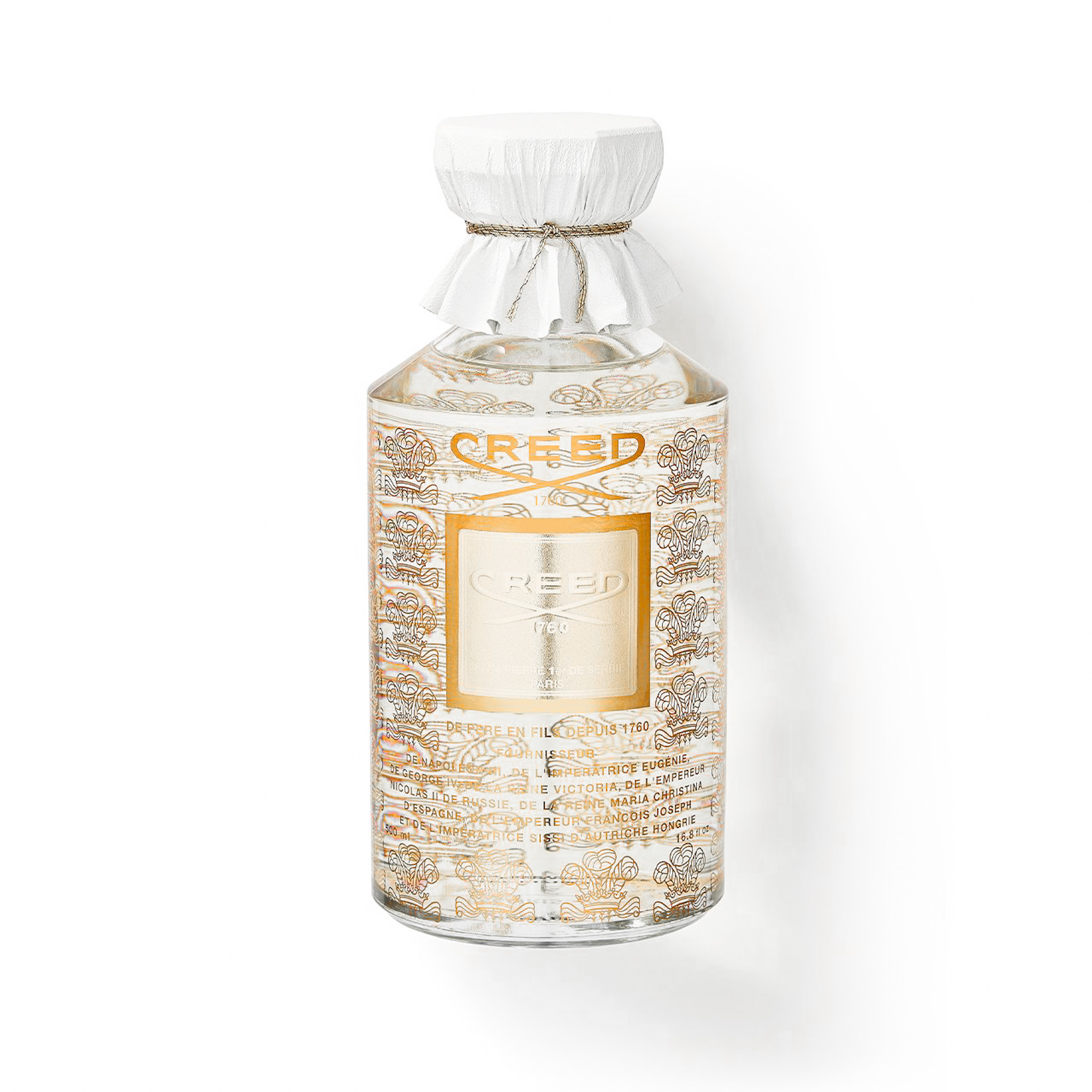 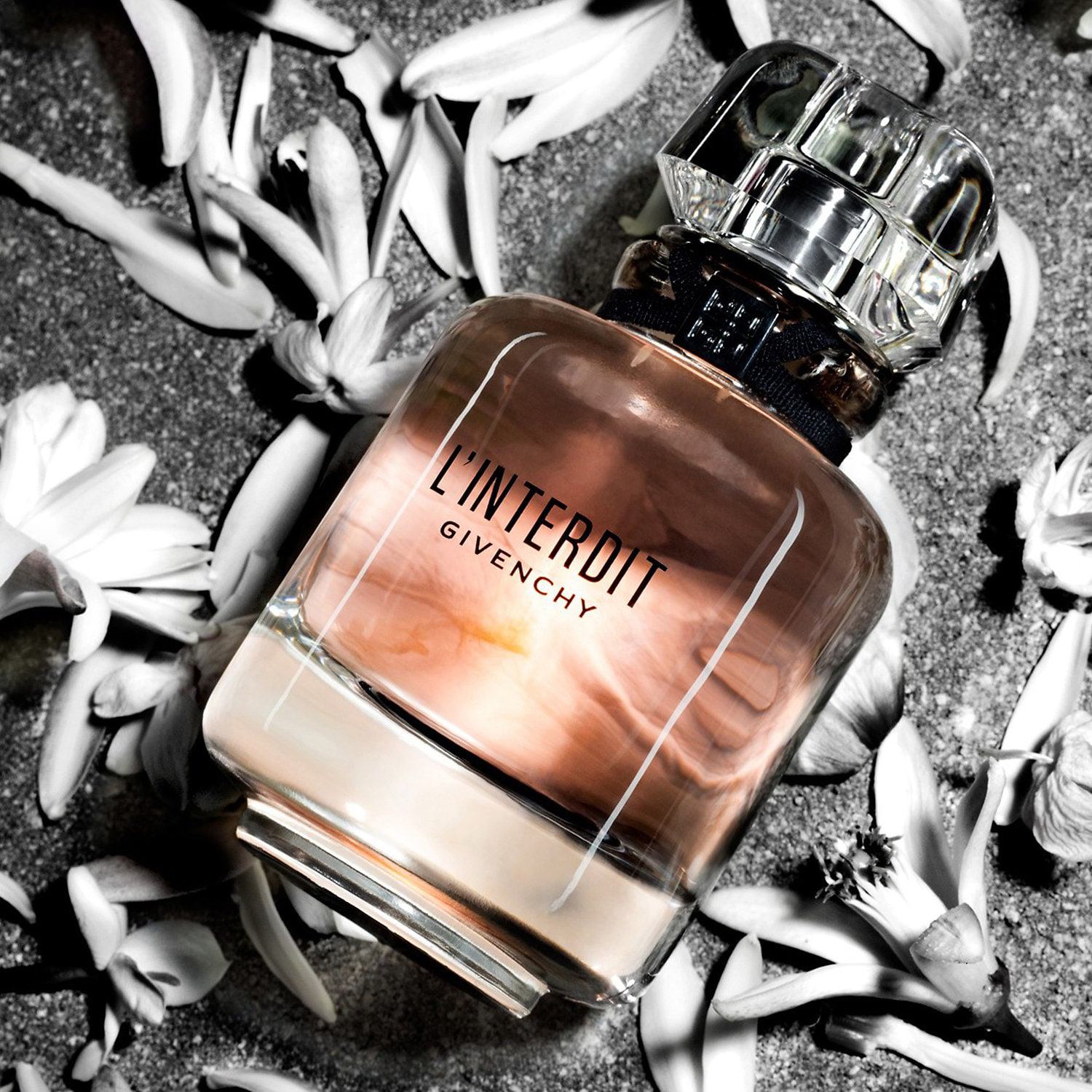 I’m a firm believer that there are no rules when it comes to choosing what makes one feel their best. However, I strongly believe that the right fragrance can have a tremendous impact on a person and that everyone should have a signature scent. A signature scent is part of a great first impression and the perfect amount of fragrance lingers just long enough for a pleasant reminder of your presence.

I know for a fact that when we feel good, it makes it so much easier to move in the world with our best foot forward. Fragrance should complement your body chemistry, your mood, and your style. It should inspire you and make you happy. Play with different notes, layering, and types. Read here to learn the differences between fragrance oils, parfum, eau de toilette and more.

As with anything, it is always important to know where we came from so that we can either make necessary improvements and adjustments, or honor and preserve the most instrumental parts of history. Thank you for joining me on this mini history lesson.

Did you learn something new? Do you have a friend who loves beauty and history? Please share this with them, it would mean so much to me. If you have any interesting facts about the history of women and fragrance, feel free to leave them in the comments below!